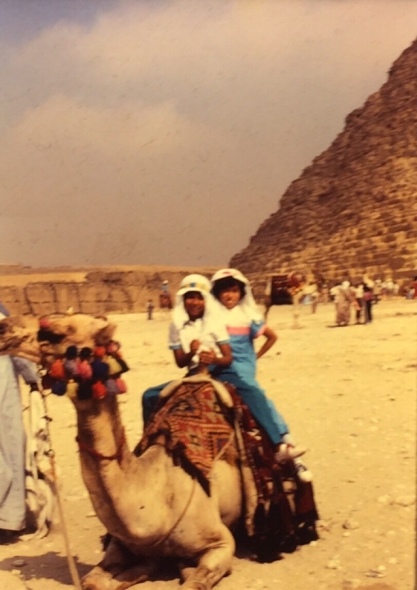 …there was a very lucky nine year old girl (the one behind her sister) who travelled to distant lands and saw wondrous sights and wondered if she could one day grow up and go back to those distant lands to study the history of these ancient people.

Unfortunately, she was told to turn her attention away from such silly thoughts.

She was told that all that could be found was found.

She was told all that could be known was known.

She was told, it was foolish.

And so, she turned away from these foolish thoughts and silly dreams.

Decades later she watched documentary after documentary showing the new discoveries being made of those ancient people she had longed to study. This made the young woman she had grown up to be very sad, and so she vowed to listen to no one else about how and what to do with her dreams. Eventually, she met a man who felt the same way and encouraged her to follow her dreams, no matter how silly they may seem to others.

She never went back to that distant land, but she is living happily (ever after.)